No Poetry Express on May 28 Memorial day

No Poetry Express on May 28 Memorial day. 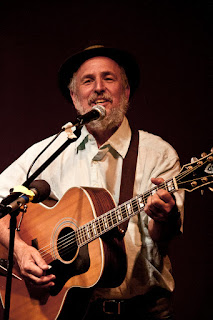 Bay Area singer-songwriter Ken Risling has been having a love affair with music since childhood: singing before he could talk, learning his tribe’s traditional dances, and playing instruments -- piano, trumpet, French horn, guitar, bass -- at every chance he could grab. But it was grief that broke the dam and released the songs within him. He was 40 before he finished his first testimonial to loss, “Down To Jonestown”; it's critical acclaim signaled the emergence of his voice from the ocean of silence, and so began the gentle rain of songs. There are many, now, in all manner of style and subject. It is the delicate pas de deux between words and music that fuels his enthusiasm for the art; and it is the connection with the audience through songs that feeds his love for performing.
Posted by PoetryExpressedBerkeley at 1:01 PM