Posted by PoetryExpressedBerkeley at 4:28 PM No comments:

elana levy is a recent transplant to the land of her daughter, of avocados and redwoods from the northeast, of snow lakes and green. Legacies and Heresies with blessings is her latest collection. She has also translated from the German the much heralded 20th century Jewish poet Rose Asländer. Elana taught math a community college for two decades. She was firs photographed by the FBI in 1959. Student and teacher of Jewish meditation and Kabbala; factory worker, social justice activist, radio producer, video director; embraces silence one month yearly. Still studying hard, knowing there are no easy answers. She doesn’t Capitalize her name.
Posted by PoetryExpressedBerkeley at 10:22 AM No comments: 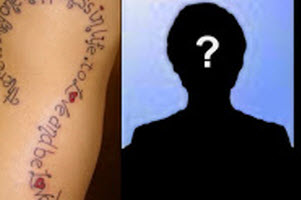 Bring 2 poems printed out with out your name on them. We will put in a bag or box or hat and other people will draw out, read. Then we will attempt to identify the poet who wrote the poem.  We have been doing this once a year for years and it is great fun.
Posted by PoetryExpressedBerkeley at 1:00 AM No comments: 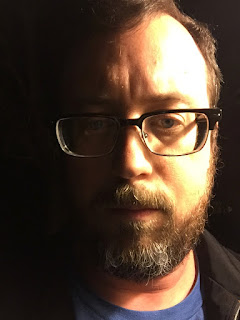 Andrew J. Thomas was born and raised by a couple of hippies in a small Alabama town. And if that wasn't confusing enough, he joined the Navy and traveled all over Europe before relocating to Oakland, California. Married too young, he soon became a dad, got divorced and found a "real" job. Eventually he remarried and settled down in the Bay Area brackish waters known as Vacaville. These days, he is a sad man full of sad words that he sometimes shares in order to make you sad.

When he's not enjoying your tears, he's busy parenting two young adults, or professionally bullshitting for a living. He's the webmaster for various poets and small presses and a founding member of The Beast Crawl Literary Festival. His book, Strangeland, was the inaugural publication from Naked Bulb Press, even though he is generally unpublished due to laziness and fear. Unable to completely abandon his Southern roots, he still enjoys politeness, fried food, and whiskey.


The Myth We Lent to GodTo Hart Crane

In pieces now, slowly dissected, a little less there each time
I drive across the bay from east to west.
At night, a silhouette of what once was, the shadow of a beast,
that grey metal testament of man’s faith in man,
stretching from crane to crane.

The replacement, a white lighted beacon of hope
suspended on the precipice of disillusion;
Rust already eating away at the unseen foundational cracks,
as man is no longer capable of such impossible feats.

And yet we witness the reversal of construction,
a more intentional disassembly than Loma Prieta.
There is a metaphor here about the limitations of belief,
another about impermanence.
The myth is being forgotten.

We are owed an explanation that will never come,
because man, like God, won’t make good on his promises.
Posted by PoetryExpressedBerkeley at 9:04 AM No comments:

Garrett Murphy is known throughout the greater Bay Area as (the "King of Political Satire," (much to his utter surprise)
sharing tongue-in-cheek observations about political and other forms of human nature.
He is the author of the poetry anthologies "Noe Showing" and "What We Claim...What We Are," the prose
collection "The Ugly Salon," and the novel "Yang But Yin: The Legend of Miss Dragonheel," in addition to
appearing in various other anthologies. 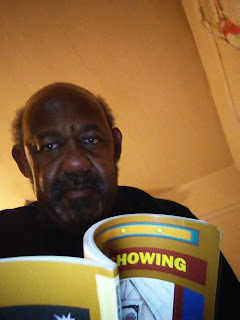 Where’s the beeper?
The shock?

Was there not supposed to be some sort of catastrophe?
Some earth-shattering cataclysm?

But all that can be heard
is some faint,
feeble-minded inept hissyfit
from a most miniscule gallery
which one would not dare offend peanuts
by naming it in their honor.

Perhaps if they had chosen
a few slurs instead…

© 2018 Garrett Murphy
Posted by PoetryExpressedBerkeley at 5:17 PM No comments:

Saswati Das, an engineer by profession and a poet by heart, lives in Milpitas, California, and writes poems and fiction in both English and Hindi. She publishes her poetry in local magazines and anthologies. She has recited her verses in cultural and poetry events such as Lit Crawl, 100k poets for change and Oakland Poetry Slam. She has published a poetry book in English captioned “Fragrant Flute of Fire” which is available in Amazon. She maintains a blog at www.kalpanain.blogspot.com.

Oh listen, listen to the voice,
For there the cuckoo cry-
We'll have to sail through the ocean of blood-
For the deep blue sky.

Here's misery and whips of tyranny,
Pains, pathos outcry-
There the bird of liberty and freedom
Throughout the day fly.

Exploit us they, our feet chained
But amidst darkness, the candle flames-
Every drop of blood that runs through the veins
Sings, Sings and says again-
Thousands of blazes is the demand of the day
Fight we must, die we may.

History of Justice always summons
Sweat, tears and martyrdom
Let’s measure the nights of mourn and sacrifice,
The brilliant sun there arise-
To heel our hearts and charm souls with gaiety
By the songs of love and liberty.
Posted by PoetryExpressedBerkeley at 1:00 AM No comments: