March 31 -Theme Night: Bring Poem in Style of Poet You Love: Read Both

3/31/14 Theme Night :Write a Poem in the style of a poet you love and read your poem plus a poem by the reference poet. 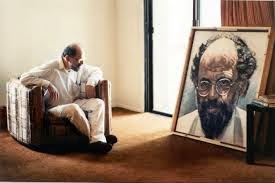 Entire evening open mic on topic.
Posted by PoetryExpressedBerkeley at 9:43 AM No comments: 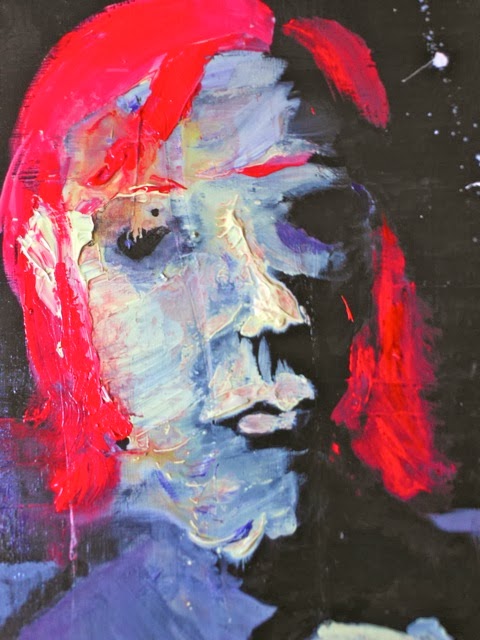 Ambrose Mohler lived in the Sunset district of San Francisco for seven years during which time he wandered the streets and various neighborhoods of the city. He spent a great deal of that time in the Tenderloin, the Mission and the Richmond districts drinking, fighting and whoring. For most of these seven years he was jobless, with the exception of a brief stint as a ticket seller and another as a bookseller at The Booksmith on Haight Street.  He tried to pursue a career as a street heckler but found he wasn't cut out for the work. He did, however,  make a career of getting thrown out of virtually every bar in the city.  Since moving to the East Bay in 2010, he has spent his time painting, writing poetry and teaching himself various aspects of world cuisine.

Morning still blue
and dark and damp and cool-
not yet begun.
food warms the belly first,
pork bun
from the bakery, brought home
and enjoyed,
just one,
a diollar feast...
and water for the thirst

and now the sun
peers over rooftops
in the window
facing east
glinting off the bottle,
empty
as another one.

Drinking through to the other side
and sober after eight.
six was trouble
but by nine and ten
I was doing double duty,
drinking one here
and one across the street
at the same time.
I drank ten first
and I still don't understand
how I could have been
tipsy by five
and sober enough by thirteen
that when she yelled
'we're closing!'
directly into my face,
without a second's passing
I smiled, and responded well,
the well no longer responding.
I must have closed three bars
that night-
it's strange
how they set their clocks
like time goes backward.

Posted by PoetryExpressedBerkeley at 3:52 PM No comments: 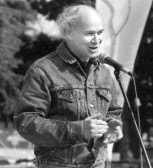 Richard Silberg, Associate Editor of Poetry Flash, hosts the Poetry Flash reading series. He is author of The Horses, New and Selected Poems (Red Hen Press, 2012). His previous poetry collections include Deconstruction of the Blues (Red Hen Press, 2006), which received the PEN Oakland Josephine Miles Literary Award. His poetry has also appeared in American Poetry Review, Denver Quarterly, VOLT, New American Writing, Catamaran Literary Reader, and other journals. His co-translation of Korean poet Ko Un, The Three Way Tavern: Selected Poems (University of California Press, 2006), received a Northern California Book Award for Translation. His most recent co-translation is This Side of Time, poems by Ko Un (White Pine Press, 2012). His books also include Doubleness (Heyday, 2000) and a collection of his Poetry Flash essays, Reading the Sphere: A Geography of Contemporary American Poetry (Berkeley Hills, 2002). Robert Hass said of Reading the Sphere: "No one is writing about poetry with more vividness, particularity, intelligence, and range, than Richard Silberg."

Posted by PoetryExpressedBerkeley at 11:12 AM No comments: 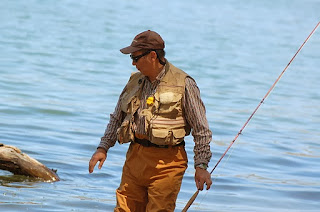 Hao (pronounced HOW) is writing passionately about post-war Vietnam
with his real experiences and those from friends and family.  He
travels often and mixes business with flyfishing, photography, and
creative writing.

Posted by PoetryExpressedBerkeley at 4:14 PM No comments: