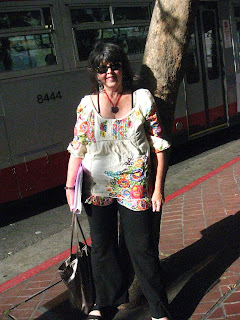 Jeanne Lupton hosted Second Saturday Poetry and Prose at Frank Bette Center for the Arts for 13 years until this month.  She writes poems and memoir and her tanka are published internationally.  She's happy to feature again at Poetry Express.  She gets great material from living at Strawberry Creek Lodge, senior housing in Berkeley. 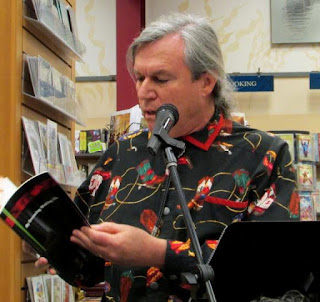 Dave Holt, born in Toronto of Irish/English and Ojibwe Indian ancestry, moved to California as an aspiring songwriter, then graduated from SF State University’s Creative Writing program (B.A. ‘93, M.A. ‘95). He’s won several poetry prizes, including a Literary/Cultural Arts award for his book Voyages to Ancestral Islands, and is included in several anthologies, most notably, Red Indian Road West: Native American Poetry from California; Fire and Rain: Ecopoetry of California; The Wild, Marin Poetry Center Anthology 2019, and Descansos: Words from the Wayside, where his poem received a Pushcart Prize nomination. Also a musician & composer, he sometimes performs his poetry with Ojibwe drum or keyboard.

I come from ice and snow, winter memories
carry me, crossing tundra to a new land.
Fleets of dugout canoes floated us through kelp forest.
Bass, crabs, otters fed us,
this history etched in our hearts like petroglyphs
pecked in stone by our native artists.
This new Turtle Island formed by Skywoman
and before then, he who descended to Earth
as if by a rope dropped through Bugonagiizhig,
“Hole in the Sky,” the seven sisters, the Pleiades.

A different people followed Giiwedin’anung,
North Pole star, brought trade goods from the south,
taught us their friendship songs,
gave us the three sisters: corn, beans, squash,
traded for gifts of the north, obsidian, copper, beaver furs.
They shared their strange stories of origin and creation,
here on this land, where they emerged like ants
from an anthill, from an underground world
into the fourth world of pueblos and mesas,
and Spanish soldiers offering Bibles.

We nodded, knowing that what we were hearing was sacred.
Like us, they came from the Star People
who gave us seven sacred laws, affirmed our place
in the sacred hoop, and another non-heavenly origin
in the land across the water, beyond snows and ice flows,
back in time where we were given stewardship of the earth.
Of the four races, the white race became guardians
of the fire, the spark at the center of things.

Carried here across the Bering Strait, to where our fight
for protection of the water has earned us pepper spray,
guard dog attacks, jail cells, federal prison sentences.
Of what crime, against who, have we been accused?

Posted by PoetryExpressedBerkeley at 7:00 PM No comments: 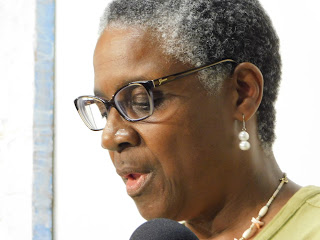 Joyce E. Young is the author of How it Happens, published by Nomadic Press. Her writing has been nominated for both a Pushcart and a California Book Award
and has appeared in Smith Alumnae Quarterly, WORDPEACE, riverbabble, The New Poets of the American West, and elsewhere. She has received grants from the California Arts Council, the Ludwig Vogelstein Foundation and Writers on Site residency program at the Oakland Museum and Oakland Public Library through
Poets &amp; Writers, Inc. Joyce has been awarded residencies at Virginia Center for
the Creative Arts, Hedgebrook, Soapstone and Vermont Studio Center. She works as a Writing Consultant at John F. Kennedy University, teaches writing privately, and is currently at work writing poetry, essays, and Parallel Journey, a novel.
Joyce maintains regular Yoga and Chi Gung practice and is a semi-retired Afro
Cuban folkloric and modern dancer. She keeps lots of music in her life,
particularly Jazz, Salsa, Reggae, Samba, and combinations of notes that defy
category. In reality, though, she really doesn’t like to assign categories for music.

Like angels are supposed to
You don’t do it because
you want to be good,
get candy, or ice cream

You do it because you love
And forgetting all else
You tend to her or him,
watching, waiting, praying
for life, health, the best
for that person or persons
you love
Posted by PoetryExpressedBerkeley at 7:00 PM No comments: 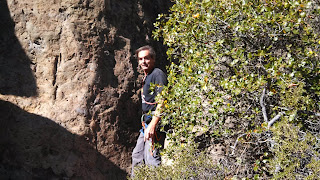 Bruce lives in Berkeley and is co-owner of Fessenden Firewood with his partner Christine.  He has been deeply immersed in the natural world his entire life through the activities of backpacking, climbing and skiing.  A book of his poems —“Crimson Coat” — was published in 2014 by Goldenstone Press.  Pieces of Bruce’s writings have appeared in a MoonShine Star Co. anthology called “What is Love”, and also in Richard Grossinger’s book “2013”.  A second volume of poems, titled “Bones” will be published shortly.


My Mothers’ Mother was a gentle woman
I remember her deep set, brown eyes.
She had a hearing aid, like a little microphone
all that was available in the 50s.
She had her hearing aid as long as I can remember
her hearing impaired by typhoid fever
is the story I was told.


An uneducated woman living in a rooming house
as a boy I felt we were connected close.
Two quiet souls, filled with empty time
and the occasional unfriendly ghost.
When in high school, I’d drive
her to her solitary room
in my fathers’ forest green sports car.
He never gave her a single penny
he was blind in so many ways.


Often I wonder why a few rise up
while the others struggle and fall.
Hands of the clock easily seen
but the inner gears remain hidden.
I’ve heard it said
broken ones of this world sacrifice themselves
discarded fruit enriching the soil.
She liked menthol cigarretes and dime store crime novels.
Who was the kindly elementary school teacher
who taught her how to read?
Welfare checks and food stamps, TV in the lobby
Bathroom and showers at the end of the hall.


The last forty years of her life
spent in that solitary room
with her paperbacks, her cigarretes, her silence.
For the forgotten ones, its almost a blessing
to be so broken, and disassociated from their grief.
She lived her life a little bit stunned
in that way we are so much alike.
There was not a single instance her entire life
where my father realized
that she actually existed.


Its october now, my favorite time of year
angle of the sun so sublime.
I don’t even have a photo of her
my memory of her face grows hazy in my mind.
Too many people never find their place
punch the clock, ground up for fodder.
A choir sings sweetly
from the other side of the horizon
I stand tall and take the next step.