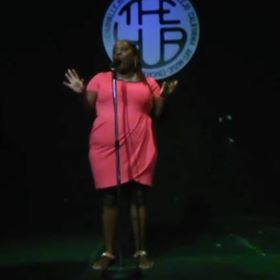 If you don't know LeeLee, you should and trust you are in for a treat. Three-time National Poetry Award nominee. Published author of "Untamed Pen", as well as an erotic cd titled "Freaky Tales". She's been featured on stages across the country and her voice has been heard around the world on several online radio shows. Her writings cover a variety of topics from the brutal reality of racism, to more adult content of a sexual nature. Prepare to go on the poetic ride of your life with the talented, the tantalizing LeeLee Ain't Msbehavin'
Photographs (Of You) I chased you in my dreams… Down hollow halls with walls covered with pictures of you From my birth to your death My heart wept because you’re no longer here It’s been twelve years… Twelve long lonely years of not having you near There was movement in each photograph that I passed Snapshots from my childhood Where you stood A constant fixture In my life I wipe the tears from my eyes That blinded my view of you All I could see were those pictures on the wall… Each was a happy memory replayed as I grew up with my siblings That loving feeling I felt when you hugged me Your presence when I gave birth to my sons Your smile beamed like the sun Which always made my heart dance I glance down the hall only to see you turn the corner Further away from my grasp This was my last chance to reach out and grab your hand I know that God reserved a spot for you in the promise land But I still need you… You were the super glue that held my heart together It shattered as I watched you go upstairs to Heaven You turned facing me Embraced me and stayed just long enough to sweep up the broken pieces Mending them back whole You hugged me one last time Telling me it was time to go home You said I won’t be alone because you inserted a piece of yourself within the valves that keeps me alive Inside of those picture frames are moments that will never die So for now its goodbye Don’t cry my love Because up above Beyond those stairs Is where I need to be You said to me as you walked away As I retreat down hollow halls with walls covered with pictures of you The sun shined brighter than it ever had Was momentarily sad But then I realized that all your years on this earth You prepared to be with Jesus You didn’t leave us Because your spirit will always be with us… I still dream of you though

Posted by PoetryExpressedBerkeley at 9:46 AM No comments: 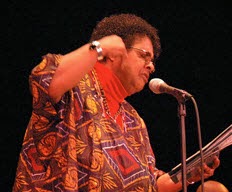 Posted by PoetryExpressedBerkeley at 9:42 AM No comments: 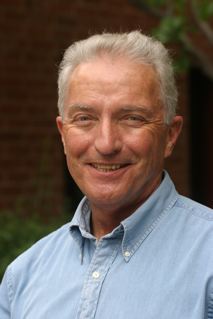 John Argue taught acting for many years, and in the ‘80s started doing drama therapy with children and with hospitalized adults. He shifted over completely to working with Parkinson’s people in 1985 and continued for 32 years. He retired two years ago and returned to his first love, poetry.
Foregiveness is notsome words you sayto the one who wronged youForgiveness isgiving upyour revenge.
Posted by PoetryExpressedBerkeley at 9:00 PM No comments: 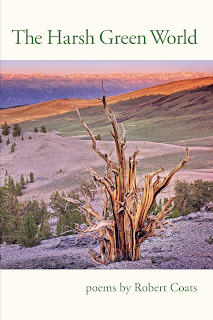 Robert Coats has been writing poetry for 40 years.  His work as an environmental scientist takes him outdoors and sometimes provides inspiration and material.  He is drawn to poetry rooted in the West and reflecting a strong sense of place. A native Californian by birth (his great-grandparents having come by covered wagon in 1859), he spent part of his youth in the deciduous forests of Maryland, and the mountains of northeastern Nevada. His poems have appeared in Orion, Windfall, Canary, Song of the San Joaquin, the Pudding House anthology Fresh Water and a full-length book—The Harsh Green World—published in 2015 by Sugartown Publishing.  Awards include first and third prizes in Menlo College’s “Wallace Stevens Where Are You” contest (1998), first prize in the 1994 contest of the American Society on Aging, and first prize in Word Worth’s 2010 poetry contest.  Details of his professional work can be found at www.hydroikos.com.

WHAT TO DO ON AUGUST 26TH

Go to Rock Lake, Plumas country.
Before sunrise, stand
on the slate ledge that juts the lake.
Look to the western shore,
watch sunlight creep down
the red bank of schist.

Now turn east, look up
to the canyon rim
where Jacob’s ladders converge
at a dark hemlock
silhouetted
against the bright sky.

In the moment before
the sun crests the wall
the entire tree--bole,
branches, foliage--
will flash
into silver filigree.

Then the orb’s leading edge
will clear the jagged ridge, shooting
gold deep into liquid indigo
warming your face
flooding you
with light.
Posted by PoetryExpressedBerkeley at 9:00 PM No comments: 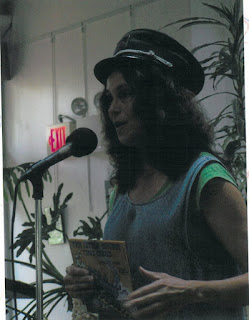 Barbara Atkinson identifies as a  bicoastal writer and performer, transplanted a few times between Bucks County PA and Berkeley CA. She is also a scientist, social organizer, and dance enthusiast. After teaching herself to read, she earned a Bachelor of Rhymes degree from kindergarten, her most prized diploma. In the many intervening years, she has written numerous poems (rhyming, metered, both, and neither), short stories, cartoons, songs & song lyrics, tributes in verse, and paraphrases of popular classics. Sometimes this erupts into spoken word, with venues ranging from summer camps to PTA benefits to soccer team family picnics to holiday parties at her workplace and more.


Barbara's poetry has been occasionally published, beginning with the Nutshell literary magazine of Moorestown Senior High School in New Jersey, then the Penn Women's Literary Magazine in Philadelphia, and a chapbook entitled "Poets in the Pews" by the First Unitarian Church of Oakland, and most recently in Turning Point Journal, Elders Action Network Spring Issue on Earth Relations. Ms. Atkinson volunteered in Nicaragua from the 1980s through 2000s on solar energy projects, traveled and worked in Central and South America, and composed a few of her poems in Spanish. Her current labor of love is being full-time mom of a teenage daughter, some of whose multiple talents are writing and drama. "Poetry is when the family reunion in your head stops and it's just you talking..."