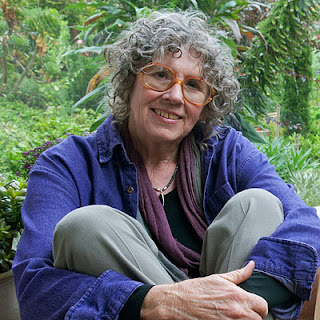 Diane has lived and wandered around the  and . Now she dips her gardener’s hands in dirt . . . and reads at poetry venues throughout the San Francisco Bay Area.

Her poetry and short prose have appeared, or are scheduled to appear this year,  in Red Wheelbarrow,Perfume River Poetry Review, The Sand Hill Review, Caesura, Glass: a Journal of Poetry; the Faultzoneseries, (California Writers’ Club anthologies); No Ordinary Language and Third Thursdays (the Willow Glen Poetry Project anthologies); Not Somewhere Else But Here, Sundress Publications; Northwest Literary Forum, Earth Prayers, (Roberts/Amidon, Harper-Collins, 1991,) Two-Twenty-Four Poetry Quarterly, Blis, Icon, The Love Project (Anabasis), and Writing For Our Lives. One prose piece from this last, “Grandmother, Geo­thermally Yours,” was nominated for the Pushcart Prize.

Diane is also a watercolorist and collage artist, an experience that both seeds and is seeded by, her poetic imagery. To view her artwork, please visit www.dianeleemoomeyart.com
Posted by PoetryExpressedBerkeley at 4:36 PM No comments:

7/25/16 Prompt: Through the mind of another creature


7/25 Prompt:  Through The Mind of Another Creature 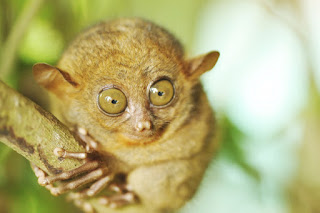 (prompts a(prompts are thought directions and your poem does not have to include the words of the prompt – use prompts as a cliff and jump off!) Maverick & Prompt nights the group nominates a work which then is eligible for publication in our on-line magazine at the end of the year.  hosted by Liz
Posted by PoetryExpressedBerkeley at 6:00 PM No comments: 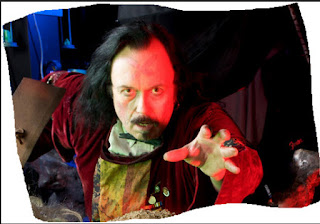 Geoffrey Pond (one of those in above photo---- which one?) is an actor, musician, singer and has been artistic director for Berkeley's Subterranean Shakespeare Theatre since 1997. He will be presenting for Poetry Express an excerpt of two pieces from SubShakes next show San Francisco: views of The City - written by Jack Kerouac, H.L Mencken, Jack London, Mark Twain and current Bay Area writer Gary Kamiya, directed by Robert Ernst. Over the past 35 years he has been involved in The Bay Area's arts scene. First as a producer of Punk Rock shows featuring bands Public Image, The Dead Kennedy's, and The Go-Go's among others. He then became a videographer with Climate Theatre's Theatre Video Service to document the SF arts scene. He has been a drummer and singer  in bands The Sunz of Alien Tecknowlogy, The Serfs and Sub Shakes house band The Rude Mechanicals, producing two critically acclaimed CDs Folkspeare and Shakespeare's Greatest Hits. Some of his favorite roles as an actor have been Claudius, Caliban, and Falstaff from Shakespeare and Shelly Levine in Glengarry Glen Ross by David Memet. San Francisco: views of The City will run in repertory with a solo show on the life, letters and poetry of Emily Dickinson performed by Chetana Karel-Michaan  as part of Subterranean Shakespeare presents The Great Writers series in 2017 at a theater in San Francisco tba.   Subterranean Shakespeare Theatre                                   Presents
Posted by PoetryExpressedBerkeley at 6:14 PM No comments:

Gary Turchin is a performance poet, artist and writer. His interactivepoetry show for kids, Gary T. & his PoetTree, featuring his ownoriginal rhymes and poems, has been performed it in more than 350 schools,libraries and venues throughout the state. He was on the performanceroster of Young Audiences of San Francisco and the Silicon Valley andhas won three performance art grants from the city of Oakland.Gary has released an audiotape, On the Day Before Tomorrow! and a CD,My Pants Want to Dance!, with his original verse. He has published twochapbooks of verse, I Want to Write a Poem, But...and The Silly-Verse Universe.Gary is the author/illustrator of The Book of Self & Other Drawings(1995), and, IF I WERE YOU, a book he llustrated and wrote, which he describes as an upside-down andbackwards view of life. Gary was also a columnist (1999-2004) for Oakland's Montclarionnewspaper, and a graphic artist whose funny t-shirts designs were soldnot only on Telegraph Ave in Berkeley but in major national catalogues. Hewrote, performed and produced a one-man show, Catch A Comet By TheTale, about his life as a vagabond craft show artist and t-shirt designerthat played on and off for two years in the Bay Area and Seattle.
http://www.garyturchin.net/ for more info.
Posted by PoetryExpressedBerkeley at 9:46 AM No comments: