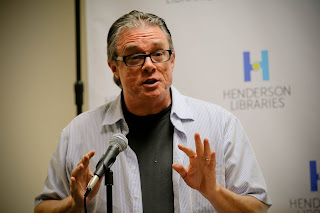 Bruce Isaacson met Julia Vinograd in 1985 during SF’s open reading / spoken word resurgence.  He earned degrees from Claremont McKenna, Dartmouth and Brooklyn College, where he submitted a thesis to noted American poet Allen Ginsberg.  Julia first introduced him to Ginsberg’s work.  Together with Julia and the poet David Lerner, Bruce co-founded Zeitgeist Press, which started as the house press for the infamous Cafe Babar readings, as David Lerner called it, Gladiator School for Poets. Today, Bruce serves as publisher for Zeitgeist, with over 100 poetry titles to date. He has lived in Michoacán, Mexico, New York City, Los Angeles, Berkeley-San Francisco, and Leningrad, Russia.  He lives today in Las Vegas, Nevada, where he was the first Poet Laureate of Clark County, Nevada, a community of two million souls encompassing the City of Las Vegas and the Las Vegas Strip.  His latest book is Crossing Over, which includes stories of Julia, Lerner, and the poet David Gollub.

Here is a one page poem from the book:

My Heart When It’s a Whale

Mostly roaming silent in dark waters
It is as   a thing put steaming
To cool in a tub    darker
Than time,   times to come, that is
Not times past   which are placed
In the afternoon light of memory   like
Family photos   framed on a
Shelf no one looks at,   or a
Cup of wrong coffee,   you look
Knowing it’s yours   while saying aloud
To no one   ‘that’s not mine’   that’s my
Heart holding its breath   in the
Deep, lost, with nowhere to go,   looking up at
Desire like the sun   seen through
Three miles of water,   remembering how
Fabulous it was to be young,   now that
Murder’s at the border   of your
Eyebrows like overgrown bushes
Trimming them’s like   trying to walk a cat, like
“Trying” to save a marriage,   like trying to
Raise a child   when you
Already raised   a monster,  Dreamzilla’s
Little brother    playing with
Firetrucks with an   x,   t-r-u-
Ex-wives and   ex-lovers,   ex-
Communicado’d saints,   shining hopefully at
History   while lost in language,   like
A whale,   who comes to   the surface   and
Blows,   grateful to breathe,   but still
Lost   in the wallows and wonders 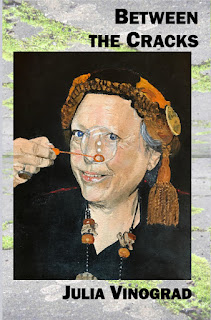 We are celebrating the poetry life of Julia Vinograd.
Here is a poem appropriate to the moment by Julia:

IN THESE DARK TIMES

You must feel loved when you read this.
Lean against the hand
stroking the back of your neck.  Relax.
In the pocket where you once kept marbles
is a small bag full of kisses.
Open it.  Let it go.
Someone's humming in the next room
with a throaty laugh at every missed note
because mistakes don't matter.
No, don't go see.
You don't even have to listen.
You are loved.
There's a warm smell coming from the kitchen
and the puppy's nibbling your slippers
but you're too comfortable to get angry.
There are so many people who want this.
Just this.
Believe me, they are not your enemies.

Posted by PoetryExpressedBerkeley at 9:28 AM No comments: 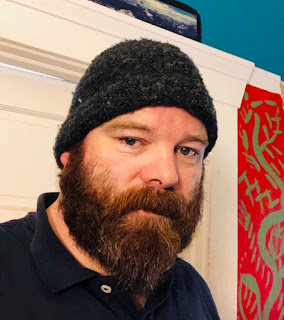 Zephir O'Meara is a bay area page poet with many children and pets in his care. His ongoing quest to disrupt and subvert bio blurbs has thus far worked for him. So he's probably gonna keep doing it. It's almost a thing at this point.


I opened up this email to send you a poem


I was going to copy and paste something


short and sweet nice and neat


Something with some rhythmic grace


Here and now you and me our eyes lock briefly


Flicker away in the breeze


All our lives could matter in one kind passionate word


I lay at your feet a red carpet


dyed in my blood my heart's blood my soul


my word my bond


I guess it's saved as a draft somewhere

Carla Williams-Namboodiri is a humanities teacher and former journalist. Carla's manuscript novel, South Side Blues, set in her hometown of Chicago in the 1970's,was recently named a semi-finalist in Hidden River Arts inaugural Tuscarora Award for Historical Fiction. She will be reading from new work, On Bus Line No. 6, a play in three acts, as well as poems (see below)

What did you say?
Say what?
Tell me again what you mean
When you say
Make America great again

Do you mean great
Like the buffalo that roamed
the prairies of my heart
Or the once crystal clear
Great Lakes?

Or great like the voice
Of Tecumseh, who warned,
“Brothers, the white men came among us feeble, and now we have made them strong”

No, that doesn't really sound like who or what you mean

Tell me again what you mean,
When you say you want to build a wall
To keep our lives from coming in
Against the laws those great forefathers
Wrote to steal land Fair and Square

Can you explain, in polite terms,
Where and how you made
America
Was it before the Civil War or after it?
Was it when the Constitution
Settled on counting Africa’s children
As the three-fifths human
Or after blood and terror
Set us free?

Or is it a modest version
Of a whitewashed college campus
After rolling back affirmative action
Rolling back to them good old days, ain’t it?

Down at the country club
Or was it the golf club,
With that private spa,
With the black attendant

How fun it was!
How he had to hold the towel,
while you jiggled your pecker,
And how you all called him Charlie Brown, laughing together

Though his name was Charles Brownstone,
After his father the master mason,
Like his fathers before him,
Who worked to buy freedom

Tell me once more,
What you really mean
About “Make America Great Again”
Do you mean like,
The Beach Boys
Or Chuck Berry singing,
“Rock and Roll Music,”
Crisscrossing color lines

When you say America,
It does not sound
Like me saying it

Carla Williams-Namboodiri is a writer and humanities teacher working on surviving the next four years.
Posted by PoetryExpressedBerkeley at 10:24 AM No comments: 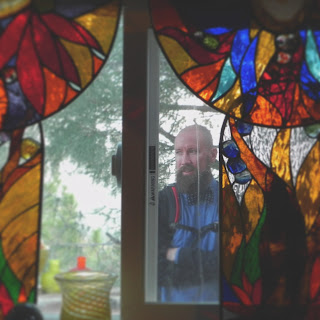 John R. Garry has made his way across 9 countries by train, plane, automobile and by foot. His poetry is informed by his travels and his work as a licensed clinical psychologist in the community, with our military and in our prison system.
His published works include: 2009’s “Regalos de la Isla: Gifts from the island”, and 2015’s “Lean In: Live from Everywhere”.
His performances are a melodic blend of emotion and deep reflection that will make you think, feel and leave you wanting more.

——
THINGS/
I literally have a jar marked golf money filled with the wishbones of rotisserie chickens going back to 2015. I carried these from apartment to apartment, across state lines. They sat in storage for 10 months while I traveled the globe. It's a jar full of unused wishes, bones for conjuring new ways to fight off patterns that are ever present.

There is a 4-by-2 bin full of poems next to my bed; a pile of notebooks that, boiled down, are just ink and papyrus, emotional hand cramp manifestos. It's a tupperware bucket of unicorn ideas, flightless thoughts tied down with time and self-deprecation.

I have 82 bowties in my closet and still my wardrobe is repetitive. I have maintained my weight only so that I do not have to buy more pants. All my sweaters from high school remain with me and, like them, I too go in and out of fashion regularly.

I am a pile of skin and bones, bowties, poetry and unused wishes. I spend more time thinking about what I have yet to let go of than using what I already have, and wondering who will throw out my things when I die.
All the things.