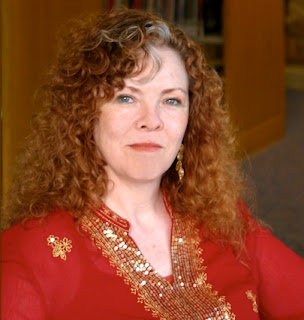 Deborah Fruchey was born. It wasn't her idea. After that she spent too much time in churches, mental hospitals, and 12 Step Groups, in that order. Finally she graduated to poetry readings, where she lurks to this day. She also writes books once in a while, and one of them even won an award, but let's not mention that. Deborah is hiding out in suburbia, but she only hangs out with writers and musicians, so any hopes of reform are obviously misguided. She studies Shamanism, and daydreams of a cult following and a flat stomach, but is considered unarmed and mostly harmless.
Posted by PoetryExpressedBerkeley at 6:01 PM